Because of my broken arm we have not sailed as much as we would have liked in the spring, but luckily, my doctors allowed me to go on a sailing holiday in July – as long as I would make sure not to use the arm too much. So we were off, on a three week sailing holiday in Chip-Chip.

We arrived in Årøsund on Saturday the 2nd of July with a list of things to do before leaving; most importantly, the new tap for drinking water needed to be installed, but we also wanted to get some extra anchor rope from my dad’s workshop and to install a new hose for draining the anchor locker. The old one had gone to pieces when I tried to push it aside…

In the end Esben installed the new tap while I picked up the anchor rope and our spinnaker. And we managed to have dinner with my grandmother and sister. The weather was rather gloomy and the kids stayed inside. 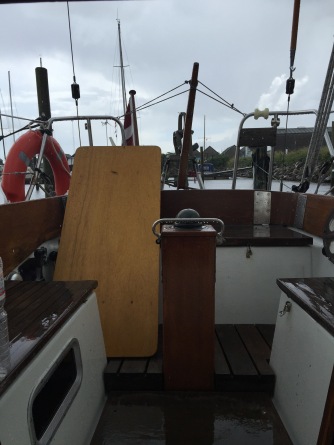 On Sunday afternoon the rain cleared, and we started towards the island of Lyø south of Funen with rather large waves and a lot of wind. It wasn’t the best start, Mattis went below to sleep, and Runa was miserable. We arrived in the almost empty harbour at Lyø in the late afternoon and everybody felt better after some dinner.

In the end, we had a beautiful evening in Lyø Harbour

The next morning we took a walk along the beach on Lyø and collected flowers to hang in the cabin.
The goal of the day was the small island of Drejø to the south-west from Lyø. It was lovely sailing between Drejø and Ærø, but as we approached Drejø we decided to continue a bit northwards to Skarø, where the harbour was a little more protected from the still fairly strong winds. At Skarø, we had a lovely evening with the kids playing at the playground. 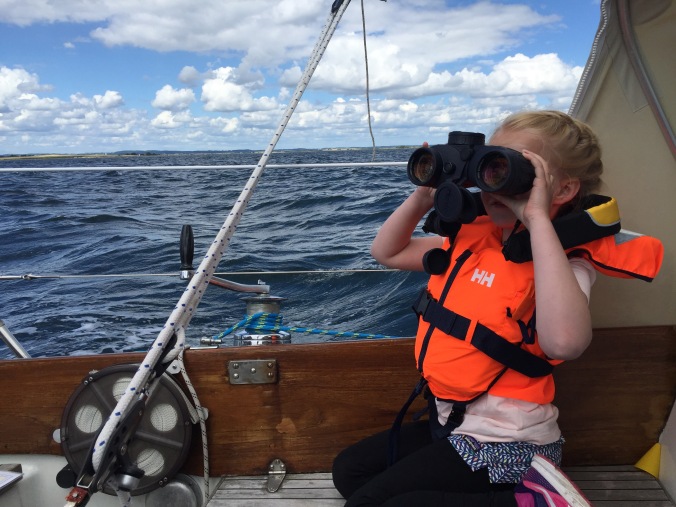 On the way to Skarø, Runa is investigating the islands

The weather forecast predicted strong winds and rain for the next couple of days, so we took the short trip to Svendborg to be a bit protected from the weather. Svendborg is beautifully located on the south of Fyn, and though we were a bit worried about the new “Terror protection” under the bridge the sail went smoothly and we were soon moored in our new spot.
In Svendborg we visited the Danish Yachting museum, which the kids loved because of the boat shaped trolley, while I loved seeing the little 18-foot cruiser which the Danish sailor Sven Billesbølle used for one of his circumnavigations (And in German). 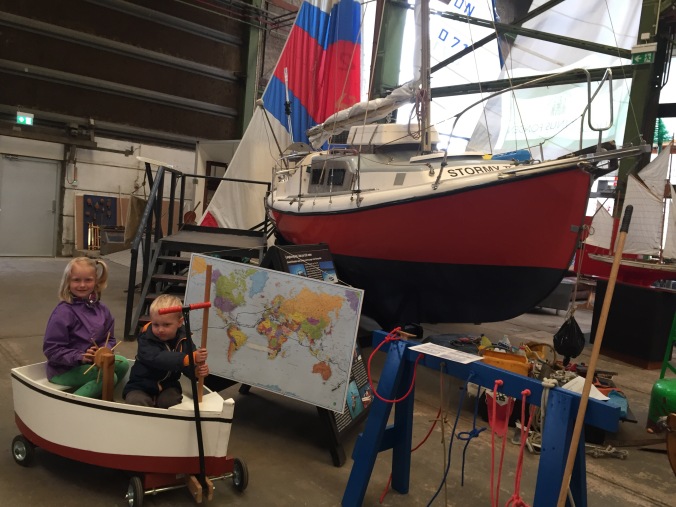 And just like that, our first week of sailing holiday was over – luckily we still had two weeks to go.

The trip can be seen on the map below.